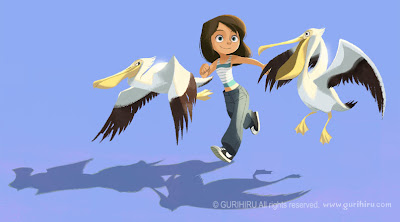 I submit the pelicans a recent drawing for this weeks Illustration Friday.
POSTED BY Gurihiru at 7:51 AM 20 comments: 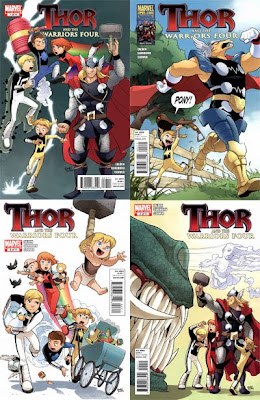 These are the rough layouts of covers for "Thor and the Warriors Four"!

Thor and the Warriors Four #4 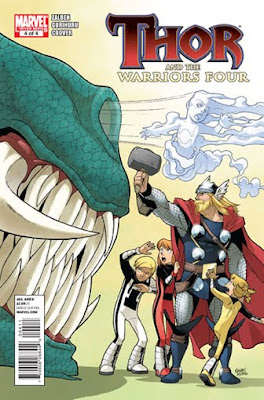 The last issue,"Thor and the Warriors Four #4" in stores!
Hope you like it.

Loki: triumphant! Thor: defeated! Power Pack: no more! Exclamations: And questions? Will Power Pack be able to save the life of their grandmother, or will the world be destroyed first? All this, plus a guest appearance by The Pet Avengers, and the moment you didn't know you were waiting your whole life for: The League of Thors! AND the final chapter of Colleen Coover's Hercules/Power Pack cross-over. An issue so big, so funny, so awesome, that critics are saying, "This solicit was actually written before the first issue came out, so there's no press quotes yet!" All Ages …$2.99 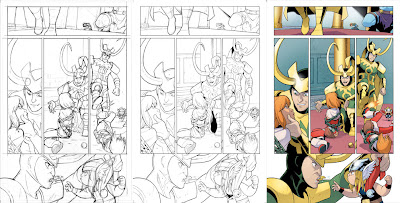 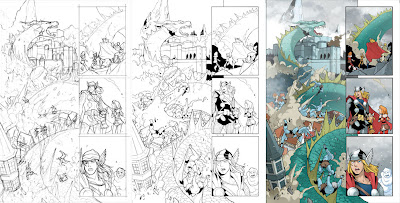 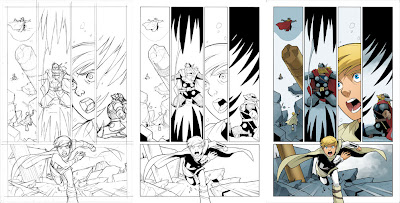